Click to understand how it works
Labels
Posted by Mr. IPO July 14, 2018 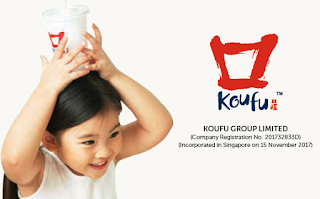 Principal Business
Koufu is one of the largest and most established operators and managers of food courts and coffee shops in Singapore, with a history dating back to 2002 with one coffee shop and two food courts. Fast forward to 2018, it has outlets all over Singapore. 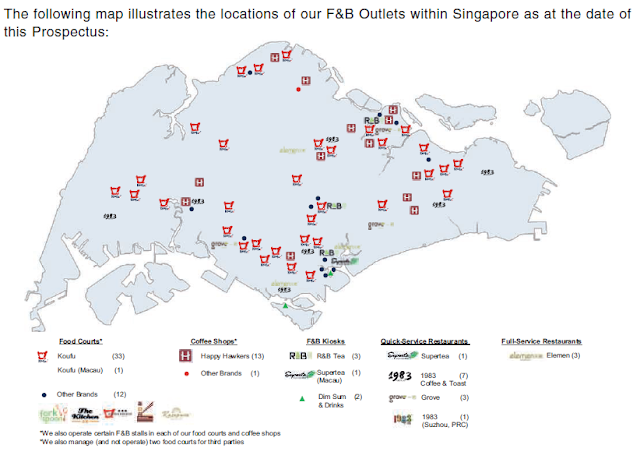 口福 means it's one good fortune to feast on good food. The business philosophy has also been to integrate modern management discipline, retaining traditional coffee shop culture and providing patrons value for money dining options in a comfortable environment.

I like the way the Group uses different brands to differentiate itself. For example, the Koufu food courts are located in the heartlands or educational institutes whereas it uses a more premium brand at Marina Bay Sands or commercial malls. 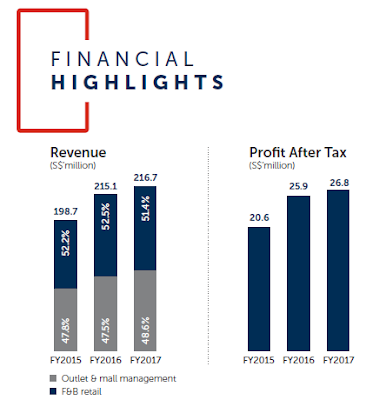 The revenue for FY2017 is around $217m and the profit after tax is $26.8m. The sales and profits has grown marginally from FY2016 to FY2017. It will be interesting to see if the trajectory will improve in the new few years. The financial statements are audited by KPMG. 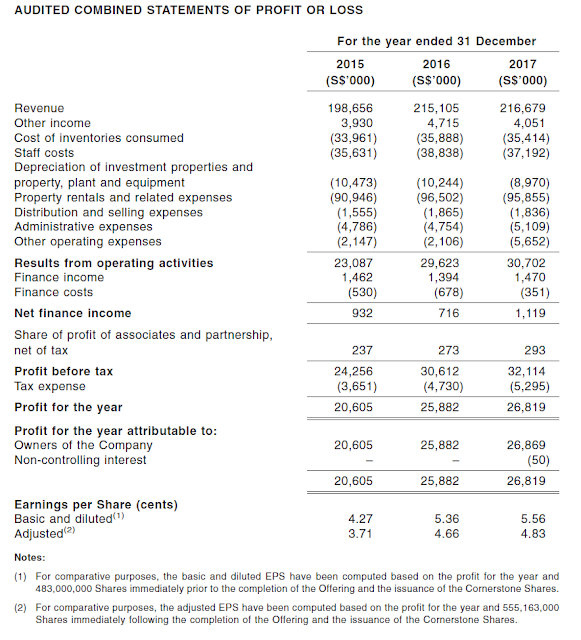 Based on the adjusted EPS of 4.83 cents, the historical PER is around 13x. Assuming there is no growth but profits remained the same, the dividend per share will be Singapore 2.415 cents. This imply the yield is around 3.83%.

If you look at the pro-forma cashflow statements, you will notice that in 2017, the owners sold the assets and financial assets worth $75.63m and then distributed $97.3m of dividends to themselves. This is consistent with the Kimly IPO, where they pursued an "asset light" strategy and continue owning the coffee shops.


The Group intends to use the proceeds for capital expenditure on its proposed integrated facility, refurbish and renovate new and existing F&B Outlets as well as expand its business. 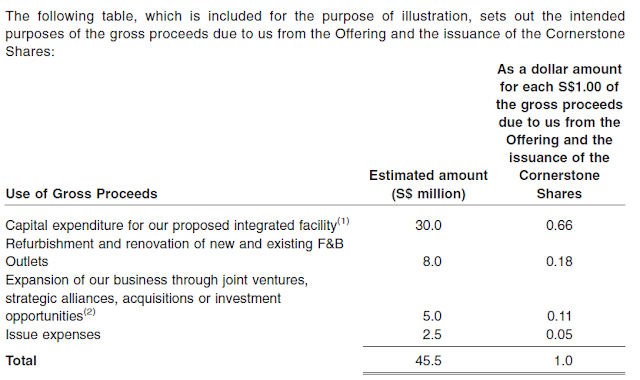 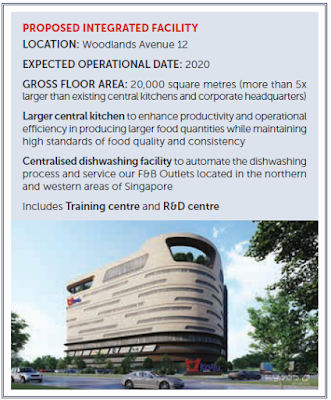 Some of my concerns
Peer Comparison

In terms of closest listed peers that operates food courts and/or coffee shops, it will be a mixture of Kimly and Breadtalk, which i have listed above. They are trading at rich valuations with an average of 36x PE and 4.6x Price to Book. My write up on Kimly is here.

Assuming Koufu trades at a more conservative 14-15x PE, the implied fair value will be 67 to 73 cents.

My chilli ratings
I like the "recession-proof" and cash flow generative food court business and it allow for economies of scale through a central kitchens. If the IPO was launched during good sentiments, I would have given it a 2 or 3 chilli rating but current market sentiments is weak due to the "trade war" and the prolonged market corrections. The World Cup is also drawing the gamblers away from the stock market. Hopefully with the end of World Cup this weekend, life will get back to normal.

Polling time
You can participate in the poll here. 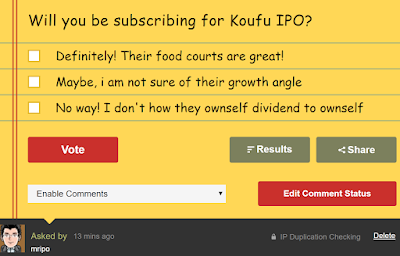