Click to understand how it works
Labels
Posted by Mr. IPO April 11, 2021

Econ Healthcare (Asia) Limited ("Econ" or the "Company") is offering 50m shares at Singapore 28 cents each for its upcoming IPO of which 48.2m shares will be through placement and 1.8m shares for the public. The market cap based on the IPO price is around $72m. The IPO will close on 15 April 2021 on 12 noon and commence trading on 19 April, 9am.
Principal Business
According to the prospectus, Econ is the largest private nursing home operator in Singapore and Malaysia and is going to commence operations for its first nursing home in Chongqing, China. The Company is also appointed operator for two upcoming medicare centres and nursing homes in Henderson and Jurong East. 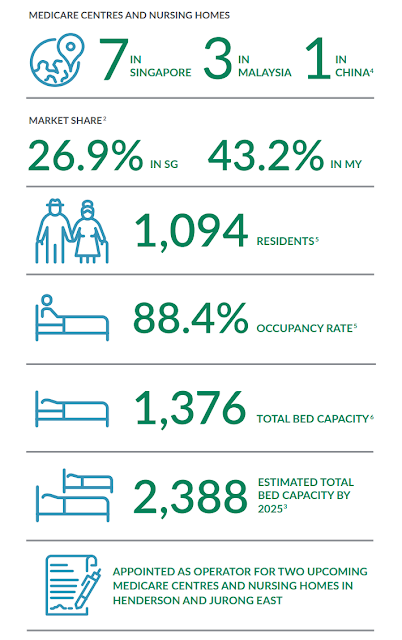 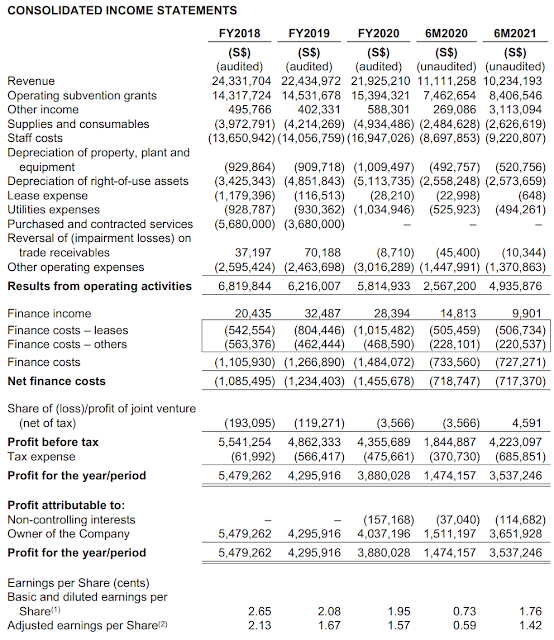 Revenue and profitability has been on a steady decline since FY2018 and the 6M2021 numbers are "skewed' by grants given by the Singapore government. The current year 6M2021 has been "artificially boosted" by grants such as Job support scheme, staff accommodation, and foreign work levy rebates. WIth a new pipeline of centers coming up, there is a possibility that the trend might be reversed.
Using FY 2020 adjusted EPS of 1.57 cents, the historical PER based on the IPO price is around 17x. Assuming the EPS for FY2021 is around 2 cents, that will translate into a 14x PER. Based on the average of 1.57 cents to 2.13 cents over the last 3 years of 1.8 cents, the PER is around 15.6x. This compares well against the PER of listed healthcare stocks, which typically trades above 18x.
What I like about the Company 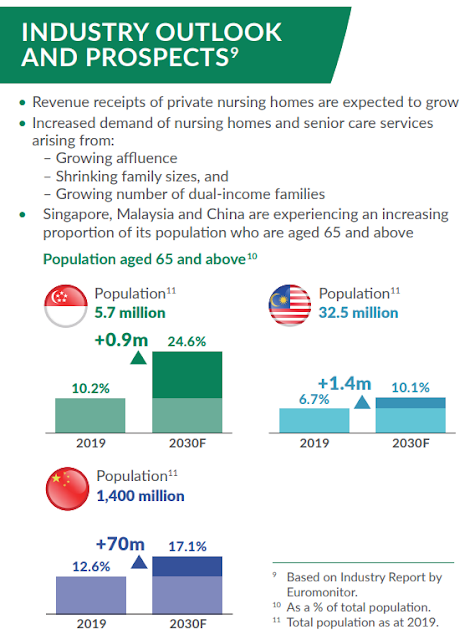 Valuation
There are no listed peers on SGX although you can find more direct comps trading in the US at much higher valuation. At 2.15x book value, the company is reasonably valued, considering the last acquisition of 2.3x by SPH was made in 2017.
Considering the listing PER of 14-17x, the valuation of Econ Healthcare seemed fair as well.
Assuming a price to book of 2.3-2.5x, the fair value of the stock should be between 30-32 cents. Assuming a PER of 16-20x for healthcare nursing stocks, and an adjusted PER of 2 cents, the fair value should be between 32 to 36 cents.
Chilli Ratings
I will give it a 2 Chilli Ratings. The valuation is priced reasonably with an auspicious 28 cents and strong demographics tailwind. Private nursing care will become more acceptable, if you follow the trends in Japan. Having said that, the biggest "worry" for this Company will be "competition by government-related" entities.
Will you subscribe for Econ Healthcare IPO?
You can vote here.

Or applied placements? Is it hot?